skip to main | skip to sidebar

Don't forget to order your copy of: 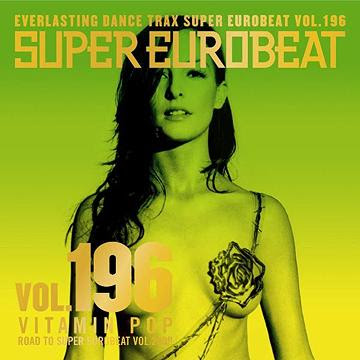 Javy, Phil and Kelly review Super Eurobeat Vol. 195 as well as the one track Flash Back Vanessa - Crazy For You from SEB 007.

Up for download on iTunes and Podcast Alley!
Posted by Super Euro Power Hour at 6:26 PM No comments:

U.S.A.-based Hi-NRG/Eurobeat/Happy Hardcore project Disko Warp has been contracted to remix songs from Japan's Musicrush label. This album is scheduled to be released in April 2009, and will include brand new remixes of Sakuma Hitomi, Eryko, and more. Musicrush's songs have been featured on dance compilations from Farm, Avex, Universal and more. Disko Warp's releases include the internet cult favorite "Oh Oh Oh Sexy Vampire" by Fright Ranger, which has sold over 10,000 digital downloads to date. Track list to be announced.

Totally forgot to mention this like a month ago ^^;
But this seems interesting. I enjoyed what they did with Electric Love and Stay from Akyr so I am looking forward to this.
Posted by Super Euro Power Hour at 10:22 PM No comments:

He's still in the hospital and it seems whatever it is they found in his lungs they think might be in his liver as well. :( Again just keep Jorge in your prayers and thoughts.

The next round of iTunes Special Collections will be released on March 25th. They will be available worldwide and be featuring songs from Domino, Lolita, the Go Go Girls and Valentina.

Just want everyone to keep Jorge in your prayers today since he's been very ill in the hospital where they found a mass in his lungs.
We hope its nothing serious and wish him well.

-Javier
Posted by Super Euro Power Hour at 9:07 AM 1 comment:

Posted by shawaazu at 2:58 AM No comments:

Since the departure of mu-mo's online music service, my dear friend ZYX came across this new music service called Music Ocean. Of course it's in Japanese, but I made a guide for it here.

Besides from being a new place to buy your avex eurobeat, you can also buy Eurobeat and Trance releases from such other labels like Farm Records, Universal Japan and Eurobeat Fantasy Label! For instance, fan of Quake Trance or Exit Trance? They have all of those albums up there!

Remember guys, you need to use Internet Explorer in order for this site to work. Will not work with Mozilla or any other browsers.